The Ugly Treatment of Women in Game of Thrones 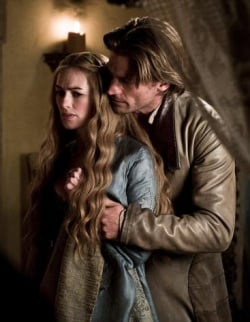 I’ve been grousing about Game of Thrones a lot since the new season started. The rampant degrading treatment of women is pissing me off.  I’ve been bitching about it on Facebook, but I find I have a full post’s worth of disgust to express.

Martin’s created a world of beautiful pornographic sex and pornographic violence too. By that, I mean it feels like a lot of times the sex *is* violence, and the violence is getting somebody (Martin?) off. It’s easy story-telling. A shiny object designed to fake the viewer into thinking something is going on.

I call it pornographic because the sex or the violence turns characters into objects and uses them without acknowledging their humanity.

And all with a wink to the audience. See how cool I am? How clever? See what nasty and degrading things I can say and get away with? Oh, but it’s fine because I’m awesome!

Martin throws in token undegraded women in positions of (secondary and compromised) power. But Arya! but Dani!

Even Yara Greyjoy, elevated to the position of heir, couldn’t get away with it unmolested. Her brother had to feel her up and talk dirty to her all way from the docks to the castle.

But it was supposedly okay because she had snappy comebacks.

The show tries to pull me, the viewer, in on it. Puts me in the position of compliance, agreement. I’m not compliant. Do men who watch this crap get off on it? Do other women feel abused by it like I do? I don’t find it clever. I find it lazy, abusive. It makes me wonder if only men are involved in positions of power on the production team.

There are two scenes in Firebird where characters are abused sexually for different reasons. They were difficult to write, and I debated whether to keep them in. In the end, I did because they are essential to the story. But I don’t try to make the reader enjoy the scenes or think of the abuse as clever or entertaining. 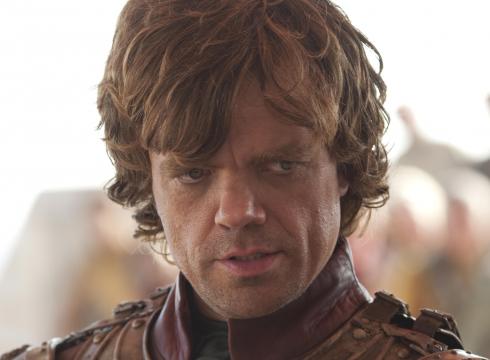 It comes to this: I’m not against abusive sex or violence in stories. I’m against presenting them as sources of gratification to the reader/viewer. At least, that’s my hypothesis. I’m still testing it.

I’m still watching Game of Thrones. I keep watching for Dani and Arya and Dinklage. But I feel myself losing interest. I feel myself not wanting to waste my time.