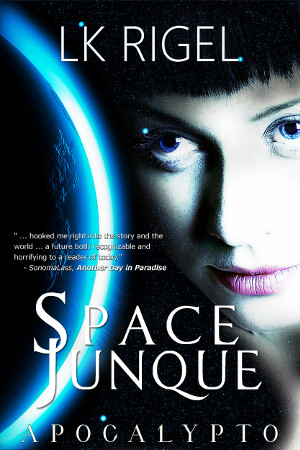 With civilization at the brink of environmental collapse, Char Meadowlark races to the airport where Jake Ardri, cocky pilot of the shuttle Space Junque, offers the only chance to get somewhere safe off planet. Together they flee to the orbiting Imperial Space Station.

World war breaks out below, and as ancient gods return to impose a new order Char and Jake are caught up in a divine plan to save the world ~ but first they have to survive the apocalypse.

Humanity will destroy the world.
The gods will make a new one.
The trick is to survive both. 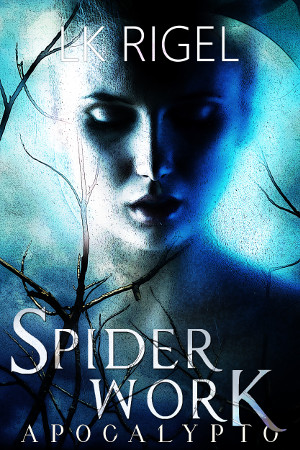 Her fate was to hold the world together.
His destiny was to tear it apart.

After the cataclysm, Durga rules the chalices and keeps the peace among the city-states. Her life is filled with luxury, pleasure, and duty. She can have anything she wants… but love. Prince Khai, the free-willed scion of Luxor, will risk even the goddess’s wrath to win Durga’s body, her soul ~ and her heart.

Durga knows she should stay away from Khai, but when Char is kidnapped and Jake’s authority is challenged, she and the prince will have to work together to save the fragile new world from chaos. 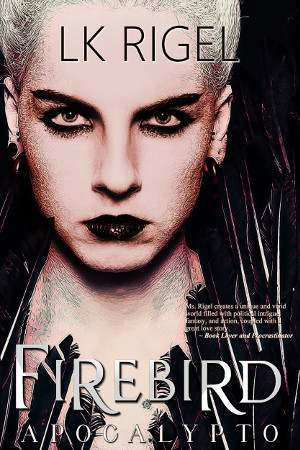 Suddenly Books – I’m in this for the long haul. I love, love, love the world that has been created here … The world building in this series is absolutely fantastic. —

The Wormhole – Creative, Imaginative, clever and well written! Well worth a read – be sure to check it out!!!

Stacey at Goodreads – I enjoyed the hell out of it. The writing is excellent, and the lack of clichéd expressions … refreshing … Definitely recommended.

A century after the events of Space Junque and Spiderwork, the new world has evolved. Kings rule the city-states with their sisters as loyal Counselors by their side. Durga still rules as Matriarch in Sanguibahd, now called Red City. Jordana is now the Emissary. The world hums along under the new order, and those who can’t, or won’t, fit in are dealt with harshly—for the greater good. All is well. But then, priests aren’t always informed of the gods’ plans.

When Mallory of Garrick Settlement 20 becomes a chalice in Red City, she leaves poverty behind for a pampered life of luxury and sensual pleasure. But when she’s marked with a prophetic firebird totem, she finds herself torn between the will of gods and the schemes of kings.

As a chalice, Mallory is forbidden to love, but when Edmund of Allel tries to save her, overwhelming emotions she can’t control could destroy everything she’s struggled to achieve ~ and bring down the entire new world order.