All the L.K. Rigel Books 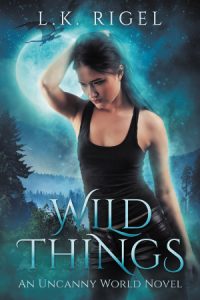 ON A MISSION TO RETRIEVE a dangerous stone stolen from his pack, Gabriel Madoc accidentally kills the thief–a wolf shifter from a rival clan. Gabe has sworn never to take a mate, and so he’s utterly undone by his primal, protective reaction to the dead werewolf’s human wife.

ANNIE BELO DIDN’T KNOW werewolves existed; now on the next full moon she will become one–and she’ll have to trust her husband’s killer to help her through the change.

And . . . a dragon shifter might be after them both. 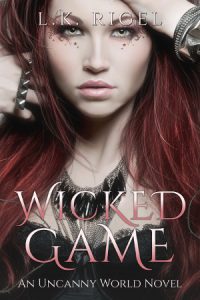 PHAEDRA CASTELL HAS NEVER fit in anywhere until the clan mage takes her on as an apprentice. Now she chases vengeance for what happened to her brother, and the descent into dark magic takes her to the edge of sanity and the brink of losing her soul.

RHYS MADOC’S WOLF recognized Phaedra Castell the first day he saw her ~ mine ~ but her thirst for revenge threatens the bond they’ve never openly acknowledged. Phaedra could lose her soul ~ and destroy Rhys’s heart.

How could she not know he’ll give everything ~ heart, soul, mind, and body ~ to save her? 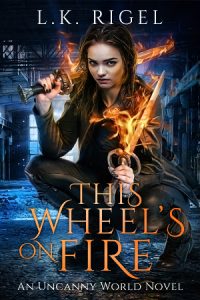 This Wheel’s On Fire (Uncanny World 3 – coming next)

Something evil is coming… 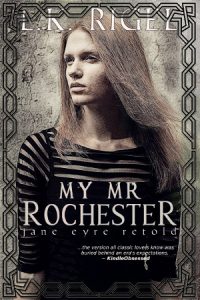 …the version all classic lovers know was buried behind an era’s expectations.
~ KindleObsessed.

The classic story retold set in a neo-aristocratic future.

After a second North American civil war, the country of New Judah emerges where women are revered as one of the nation’s First Principles. But to a young woman of no family or fortune, that reverence can be as constricting as a cage.

Fiercely independent, the orphaned Jane Eyre treasures her position as a licensed governess ~ but falling in love with her broken and bitter employer becomes the most dangerous entrapment of all…

Try Episode 1, Mesrour, free when you sign up for my newsletter. 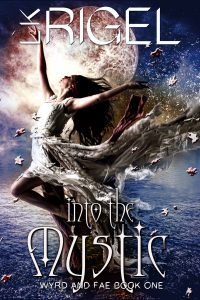 Into the Mystic (Wyrd and Fae 1)

Yesterday: A wyrding woman with a good heart casts a spell meant to save two lives. It works … in its way.

Today: Lilith Evergreen travels to the other side of the world, and it’s as if she’s always belonged in the land of mist and rain, birthplace of King Artros and home of Excalibur. When she meets terminally cheerful tour guide Cade Bausiney, their attraction is so instant it couldn’t possibly be real. She feels she’s known him since before she was born. But the other explanation ~ that they’ve been possessed by the spirits of two doomed lovers of local legend ~ is even more preposterous.

Tomorrow: Elyse of Glimmer Cottage has lived for a thousand years, and now that she’s found the perfect heir, she can give up her semi-mortal existence. While Lilith and Cade both struggle with feelings that might only be caused by a spell, more powerful magic threatens to imprison Lilith forever.

(Formerly titled Give Me , this is an expanded second edition of Book 1) 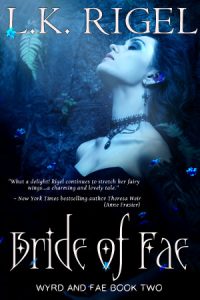 A love more powerful than magic or time.

Beverly Bratton has a safe, mundane life. No drama. No magic ~ until a fairy’s charm sends her a hundred years into the past and into the path of a banished fairy prince.

The Dumnos fae are turning dark. To save his court, the prince must retrieve the mystical coronation cup which has fallen into human hands. Hope is lost until Prince Dandelion meets the only human who can help him.

Together Beverly and Dandelion fight dark forces human and fae to put him on the Moonstick Throne and return her to her own time ~ but the better she knows the prince, the less she wants to go. 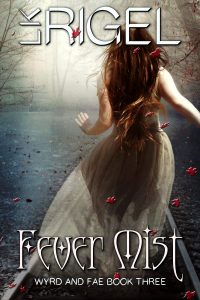 Some desires the high gods deny… and some they feed.

When Elyse of Glimmer Cottage escapes the fae realm, she returns to a completely changed human world. She accepts her fate, but the loneliness is crushing ~ until a strange mist rolls into Tintagos and lures her from her warded self-imprisonment.

In the Small Wood east of Tintagos, Elyse meets someone who reveals a world she didn’t know existed ~ and offers what she had given up as even possible ~ a chance to know love.

An origin story in the Wyrd and Fae universe. 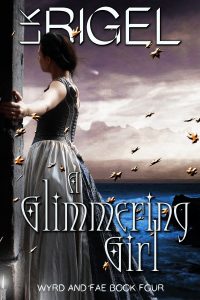 A Glimmering Girl (Wyrd and Fae 4)

A weary warrior home from the Crusades to a village plagued by the Anarchy.
A fanatical priest determined to let no wyrding woman live.
A protected daughter of the high gods with untested mystical power.


While adjusting to their awakened fae natures, Lilith and Cade await the birth of their first child and fight against a Sarumen attempt to take over the Clad.

Centuries earlier, Sir Ross of Tintagos comes home from the Crusades to the Anarchy, where no one is sure who holds the British throne. He joins forces with Igraine, a wyrding woman of Avalos, to keep his castle and Dumnos free.

The past is not finished with the present, and Lilith finally discovers the truth about where she belongs among the wyrd and fae 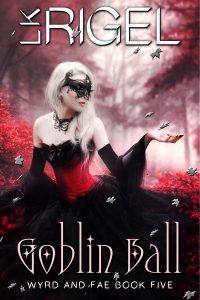 Bathed in the mystic moonlight
On the night of a goblin ball
Look to the moon at midnight
When true love will free us all.

Fairies and goblins and wyrders ~ oh, my! The goblins are coming to Lady Lexi’s ball. Once and for all, Max means to put true love on Cissa’s dance card ~ but that redheaded fairy queen expects the midnight moon to deliver her long lost prince.

The exciting conclusion to the Wyrd and Fae series. 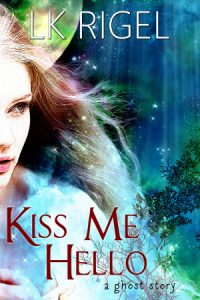 From the journal of Joss Montague:
Last night I won my soul in a game of chess…

At her aunt’s spooky old mansion on the northern California coast, Sara Blakemore discovers a journal written by a passionate, romantic, and loyal man ~ nothing like the cheating husband she’s come to Turtledove Hill to escape.

Joss Montague doesn’t know how long he’s wandered in the cold mist until a young woman finds his journal. As she reads each page, the mist begins to clear and Joss remembers how good it is to be alive.

When Sara’s husband shows up wanting to save their marriage she should be happy ~ but a ghost from another time may have already captured her heart. 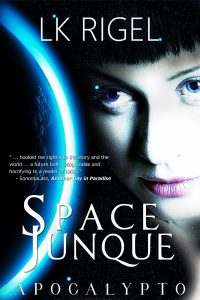 Humanity will destroy the world.
The gods will make a new one.
The trick is to survive both.

With civilization on the brink of collapse, Char Meadowlark flees with Jake Ardri, cocky pilot of the shuttle Space Junque, to the orbiting Imperial Space Station. War breaks out below, and ancient gods return to impose a new order.

Caught up in a divine plan to reclaim the world, first Char and Jake have to survive the apocalypse.

Her fate was to hold the world together.
His destiny was to tear it apart.

After the cataclysm, Durga rules the chalices and keeps the peace among the city-states. Her life is filled with luxury, pleasure, and duty. She can have anything she wants… but love. Prince Khai, the free-willed scion of Luxor, will risk even the goddess’s wrath to win Durga’s body, her soul ~ and her heart.

Durga knows she should stay away from Khai, but when Char is kidnapped and Jake’s authority is challenged, she and the prince will have to work together to save the fragile new world from chaos. 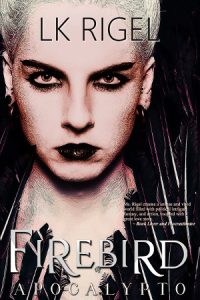 Suddenly Books – I’m in this for the long haul. I love, love, love the world that has been created here … The world building in this series is absolutely fantastic. —

The Wormhole – Creative, Imaginative, clever and well written! Well worth a read – be sure to check it out!!!

Stacey at Goodreads – I enjoyed the hell out of it. The writing is excellent, and the lack of clichéd expressions … refreshing … Definitely recommended.

A century after the events of Space Junque and Spiderwork , the new world has evolved. Kings rule the city-states with their sisters as loyal Counselors by their side. Durga still rules as Matriarch in Sanguibahd, now called Red City. Jordana is now the Emissary. The world hums along under the new order, and those who can’t, or won’t, fit in are dealt with harshly—for the greater good. All is well. But then, priests aren’t always informed of the gods’ plans.

When Mallory of Garrick Settlement 20 becomes a chalice in Red City, she leaves poverty behind for a pampered life of luxury and sensual pleasure. But when she’s marked with a prophetic firebird totem, she finds herself torn between the will of gods and the schemes of kings.

As a chalice, Mallory is forbidden to love, but when Edmund of Allel tries to save her, overwhelming emotions she can’t control could destroy everything she’s struggled to achieve ~ and bring down the entire new world order.