Maenads: The Loves of Leopold Singer 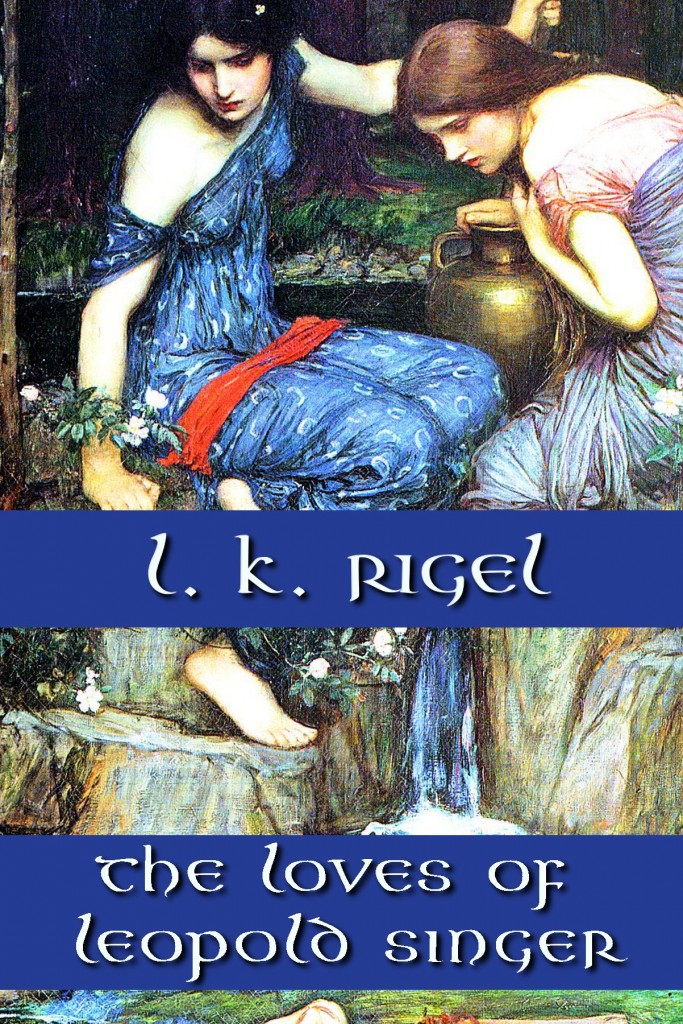 Many, many years ago I wrote a novel I called Carleson Peak. I had written novels before – heck, I’ve been writing all sorts of things all my life – but never anything with such scope or grandeur (tongue in cheek).

My doorstopper has been in a drawer but not forgotten. This is the book of my tender, silly, romantic imagination. It’s a mess of a family saga, full of all the things you’re not supposed to write about – forced sex, secret babies, religion, mermaids real or imagined. It covers too many years (1776 to 1832) and has way, way, way too many characters. Think Middlemarch meets Hawaii.

I submitted this novel to agents when I was still doing that dance. One agent emailed me while she was reading it, gushing about how much she loved it. In the end, she passed. Her agency didn’t know how to sell it.

In keeping with my weird titles, I always wanted to call the book Maenads. Then True Blood kind of ruined the idea. But now we’re more than a season past the maenad storyline, and at least everyone knows what a maenad is.

I was sick between Christmas and New Year’s. Sick as a dog. I couldn’t work on Bride of Fae, and I happened to pull poor Carleson Peak out of its drawer. I still love it! This isn’t like the books you’re used to from me. It’s reality based. No magical creatures, though of course with a setting in 19th century England (and Austria and the Caribbean and Massachusetts – told you it’s a mess) there is talk of fairies and loa and mermaids.

So, I’m bringing it out! I won’t be making a big deal about this book because it doesn’t fit with the science fiction/fantasy I write now. But I think it’s a wonderful story, and I do believe people who like love stories will love it. This is more “women’s fiction” in that the happily ever after doesn’t show up for everyone, but it’s definitely chock-a-block with romance.

I’m keeping LOLS out of Select for one week so my Nook readers can get it, but please note the Nook availability is limited.

UPDATE – Jan 2013 – This book is driving me crazy! I’ve changed the title again, to Love Was Never Wise …. but …. I’m not finished with Leopold. I’m going to be taking LWNW off the market and expanding it into a series.