Some pretty great things came to my attention in 2011. In no particular order:

George Takei. His running commentary on Facebook is intelligent, provocative, hilarious, and kind. 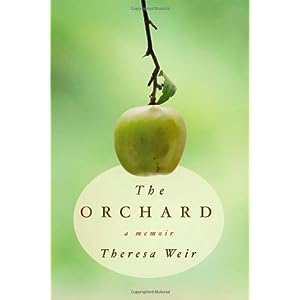 The Orchard by Theresa Weir. As an enemy first unrecognized then denied destroys lives and the land, Weir rescues herself and her children and finds renewal in a creative life. And it’s all true. Downton Abbey. I love these British series – and with Julian Fellowes involved, it’s no surprise this is one of the good ones. Maggie Smith owns every scene she’s in, and Michelle Dockery is outstanding.

Note: Be sure to buy or stream the British uncut version (stream link at Amazon – Netflix has the cut American version)

Elizabeth Warren. A real throwback to the days of American meritocracy, Warren was born into a working class family and received a great education in the days we still believed in investing in the next generation. Now she’s running for a US Senate seat against Wall Street’s darling, Scott Brown.

If Warren wins, it could be a sign that government by and for the people is the new black. That last scene. Despite the boring misogyny that permeates Game of Thrones, it was all worth it for the last sequence. Can’t wait for April 15.

Never Let Me Go. The book is unopened on my Kindle, but shot up the TBR list after I saw this movie. Dares to ask the question: Are we past the point of caring about our fellow beings’ souls?

The story haunts me still.