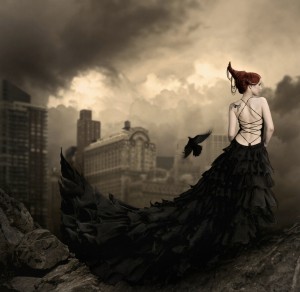 There, I’ve said it. Only two things drive me crazy in indie publishing. One is pricing – we’ve all seen how insane I am with pricing. But I’m okay with that now. Like Winston Smith with Big Brother, I have come to love 99 cents.

The other thing that has made me kookoo is categorizing the d*mn books!

Really, can anyone tell me what genre the Apocalyptos are? Space Junque seems obviously science fiction – but with goddesses and shapeshifters? A lot of straight science fiction readers are consternated by Asherah’s appearance going into the third act.

SFR? Yes, for Space Junque, but not purely so. No, for Spidey and Bleeder. Yes, kind of, for Copperhead yet to come. No, for the two books planned after Bleeder.

Fantasy doesn’t quite make it either, because of all the science fiction speculative stuff.

In Spiderwork, the series veers straight into the fantastic with shapeshifters, mutants, and the goddess’s new world order. Bleeder, where things have settled a bit, is a mashup of the new world and survivals of the old – with dirigibles!

That’s it! – Postapocapunk is born.