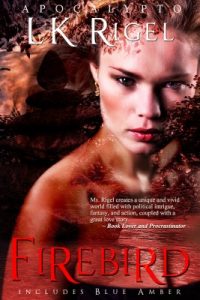 It’s more than a hundred years after the events of Spiderwork. A new world order is established with power uneasily shared between the Concord Cities and Sanguibahd, now called Red City.

Mallory of Garrick Settlement 20 cleans dirty tables in her Ma’s saloon and hunts for rabbits and blackberries outside the wall. When the goddess Asherah makes her a bleeder, she leaves obscurity behind for the pampered life of a chalice. 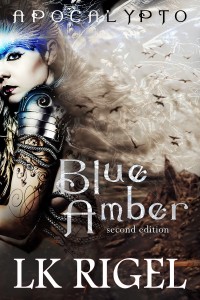 Edmund of Allel has been groomed for the kingship since his father died. He’s too preoccupied with his city-state’s problems to think of his personal desires.

Relationships are forbidden between kings and chalices, but when Mal secretly helps Edmund in his search for the Tesla vault, they begin a friendship which could one day flip the balance of world power.

Asherah and Her Samael
The Apocalypto creation story found in Scroll 1, Scrolls of Scylla

This long epic poem “fragment” discovered among the Scrolls of Scylla tells the creation story as dictated by the goddess Asherah to Sky Meadowlark, Char’s sister.

Blue Amber: Special Edition (including Asherah and Her Samael)