My Mr. Rochester 5 is in production! 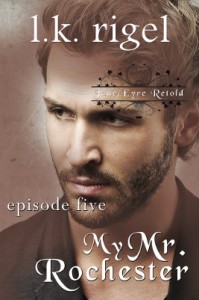 I’m so happy with this. It’s been such a pleasure to write My Mr. Rochester  ~ every time I reread  Jane Eyre, I learn more about it. Rewriting it has made me think deeper and wider about so many more aspects of the story.

Jane Eyre is loaded with contradictions and contrasts and tales within tales which shine the light on the main actors’ characters. In episode 5 one of the obvious contrasts is between Blanche Ingram and Rosamond Oliver. Brontë’s reason for these  two ladies being in the story usually gets left out of film and tv treatments of Jane Eyre. (But Rosamond at least shows up in the 2005 BBC miniseries.) A shame – but you get it with My Mr. Rochester!

Blanche Ingram, as everyone knows, is considered a perfect match for Mr. Rochester. She’s beautiful, accomplished, well-connected. What else does a man want in a wife? But there’s only one small problem. Mr. Rochester doesn’t love Blanche. We could argue that he sees the nasty, mean girl qualities beneath her candy-coated shell – therefore she deserves not to be loved. It’s what I’ve always believed.

I love Christina Cole (she was perfection in He Knew He Was Right) – but she nearly turns Blanche into a caricature in the 2005 BBC version.

I have a new idea about Blanche Ingram. I think Mr. Rochester’s lack of love came first, and her bitchiness is in reaction to that. Blanche is as much a victim of society’s expectations as anyone else in Jane Eyre. 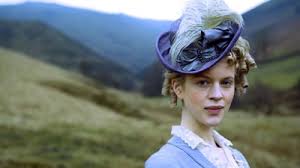 In contrast to Blanche, Rosamond Oliver is a sweetie pie no matter what. She is rich, yet she pursues St. John Rivers, a poor clergyman, because she loves him. In contrast to Rochester’s rejection of Blanche, Rivers rejects Rosamond ~ because he loves her! He can’t be distracted from his Great Work by something so all-consuming, so wonderful, and so trivial as the mad passion he feels for her.

Whereas Rochester would risk all, ignore all, forfeit all for the mad passion he feels for Jane Eyre. Sigh.

Add My Mr. Rochester 5 to your Goodreads pile now!