Anachronisms in Give Me 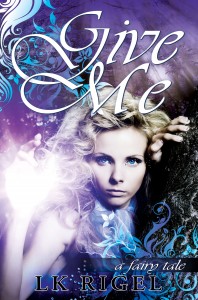 Give Me takes place in an alternate universe in a place based on Cornwall. I wanted the flavor and feel of medieval and modern Britain, but I wanted to bend elements to my will for a fantasy story.

The action happens in two time frames, the present day and the 10th century during King Edgar’s reign.

In this universe, Dumnos (Cornwall) is famous not for copper and tin but for iron. And Tintagos Castle (Tintagel) was built a few hundred years earlier.

King Edgar is king of Suramos instead of England. He’s married to the same lovely wife (some think she had her first husband murdered so she could marry Edgar), but they have a daughter in Give Me.

I needed lute music, or lutish music, for the story. I didn’t want to bend time too dreadfully – in the 10th century, there weren’t yet madrigals, and most of the religious music was in the form of chants with no harmonies. Fortunately, at some point in the past Frona, the wyrding woman, had done a favor for a sea captain. In gratitude, he brought her exotic gifts from around the world, including one year a pipa: